Clean Water For All

Water. We cannot survive without it. Humans need it. Animals need it. Plants need it. Our planet needs it. Water comprises 55 to 75 percent of our body weight and covers just over 70 percent of the Earth’s surface. But, like the air we breathe, it’s something we often take for granted. Yet it’s an essential component to our physical and mental well-being, and more than anything else we consume, it can affect our health and overall functioning—adversely when we don’t get enough. And unfortunately, most of us aren’t drinking enough.

Water makes your body work more efficiently. It regulates body temperature, carries oxygen and vital nutrients to cells and takes away waste (like excess sodium). Water hydrates our eyes, nose and mouth, keeps our joints properly lubricated and helps preserve blood volume. Along with being good for our body, water’s good for our mind. The brain is 73 percent water, and insufficient hydration can adversely affect mental health including cognitive functioning and overall disposition, especially in children.

AND WATER’S GOOD FOR THE POCKETBOOK TOO. NOT ONLY IS IT CALORIE-FREE, CAFFEINE-FREE AND SUGAR-FREE … HERE IN THE U.S., IT IS OFTEN AVAILABLE FOR FREE. OF COURSE NOT ALL WATER IS CREATED THE SAME AND JUST BECAUSE IT’S FREE DOESN’T MEAN IT’S GOOD.

In December 2010, the Healthy Hunger-Free Kids Act (HHFKA) was signed into law by President Obama. Among other requirements, the act calls for all schools to provide access to free drinking water during mealtimes, but the act doesn’t stipulate any specific requirements on water quality nor provide funding for the mandate. The Centers for Disease Control and Prevention (CDC), however, recommends schools do a little bit more by allowing students to have water bottles in class or go to the water fountain when needed. Additionally, the CDC proposes schools provide access to clean, properly maintained water fountains (or other hydration stations) throughout the school—not just where meals are served.

Are water fountains the answer? The International Plumbing Code thinks water fountains are, well, out of style. In their 2015 manual—followed by most all U.S. city planners—the authors recommend cutting the number of water fountains installed in new buildings by half. And although they only made this recommendation a few years ago, some builders have been steering away from water fountains for a while now.

In 2007, when the University of Central Florida built a 45,000-seat stadium, they didn’t put in one water fountain.

Not one! The school claimed the fountains were too expensive and instead sold water bottles for $3 apiece. On opening day, temperatures soared, vendors ran out of water and 60 people were treated for heat-related illnesses. Consequently, the university installed 50 drinking fountains.

Fortunately, the large majority, if not all, Indiana schools have water fountains in school as well as within their football stadiums. But just because there are water fountains doesn’t mean kids drink out of them, nor does it mean the water’s safe to drink. In 2016, a $1.63 million grant provided by the Indiana Finance Authority was awarded to the Indiana Geological Survey to help test water in schools. Currently, there are over 700 public schools where water samples from drinking fountains, kitchen sinks and other fixtures are being tested for lead and other contaminations. Once data is compiled, state officials will compare measurements against the Environmental Protection Agency’s lead action levels and make recommendations to schools on whether drinking fountains need to be removed, replaced or refurbished—but the cost burden rests solely on the schools. As it stands right now, they will not receive funding to help cover replacement or repair.

So what are kids drinking if they’re not drinking from water fountains? The good news—until you consider the effects on the environment and landfills—is that some kids are buying plastic water bottles. But the bad news: Far too many are opting for soda, juice or some other kind of high-calorie and often caffeinated beverage. In one CDC report, a researcher stated, “The less young people trust water fountains, the more sugary beverages they drink.”  Many experts believe these drinks are a major contributor to childhood obesity as well as diabetes, heart disease and gout. A study by the Harvard T.H. Chan School of Public Health found kids are 60 percent more likely to be obese if they regularly consume sugary drinks. And, according to the American Academy of Pediatrics (AAP), one third of all U.S. children and teens are obese.

How do we get kids to put down sugary drinks and opt for water?

Are drinking fountains the way to go? The AAP thinks so. In a 2009 study, researchers followed 32 elementary schools for one year—17 of the schools had water fountains installed and teachers taught lessons on the importance of water consumption. By the end of the school year, the risk of becoming overweight was reduced by a whopping 31 percent in the group with the water fountains, leading the AAP to publish an article titled “Water Fountains in School Can Prevent Overweight.” That same study also found water consumption increased when children were given new water bottles.

What about bottled water? In the U.S., bottled water has the second-largest share of the beverage market, beating out both milk and beer. (Coming in first is soda, which is consumed nearly twice as often as bottled water.) Problem is, while we want to encourage people to drink more water—be it from a water fountain or a bottle—the latter has become a huge environmental concern with nearly 80 percent of plastic water bottles ending up in landfills. It takes a lot of oil—as much as it does to fuel 100,000 cars for a year—to create the billions of plastic water bottles Americans use each year, not to mention shipping them all over the world, according to the Earth Policy Institute.

These environmental worries have prompted some schools to advocate a ban on one-time-use plastic water bottles and many are installing water fountains that double as filling stations making it easy for students and faculty to continually refill their own personal, reusable container. Similarly, in an effort to cut down on litter that leads to excess waste, 20 national parks, including the Grand Canyon, have banned sales of bottled water. The bottled-water industry is lobbying Congress to overturn the ban.

Clearly, the water bottle vs. water fountain debate has many angles and it’s easy to find oneself agreeing, and disagreeing, with issues on both sides. But, one fact remains: Kids need to drink water. A lot of water.

How much water should kids drink? The amount of fluid people need depends on a number of factors: age, weight, gender, activity level, air temperature and humidity. For example, under the guidelines set by the National Academies of Sciences, Engineering and Medicine, girls aged 14 to 18 should take in eight cups of fluid each day, where boys in the same age range need 11. And that’s just for the moderately active; increase the activity level and the amount needed significantly increases—especially if activity is strenuous and takes place outside during the summer.

But are kids drinking enough? Are they consuming the recommended amounts? Unfortunately, the answer is no.

According to a recently released nationwide study by the Harvard T.H. Chan School of Public Health, more than half of children and teens in the United States are not properly hydrated—and the study suggests this is because they’re not drinking enough water. Which, in theory, is an easy enough issue to fix: Just drink more water. … “Just Do It” like the notorious Nike slogan that prompted many youth and adults alike to get up and get moving.

But like exercise, drinking water isn’t always a choice people make—given the choice to get out of bed earlier and hit the road for an early morning run or sleep in, many people choose the latter. Similarly, given the choice to drink a glass of water or grab a soda, many opt for the soda. And kids … well, it’s hard to blame them for preferring the more enticing and heavily marketed soda or so-called “energy drink.”.

Bottom line: Proper hydration is both a public and individual health concern. Parents, schools, cities … everyone has a responsibility to make sure clean drinking water is provided throughout the day for all children. And if reeducating people to use water fountains—be it for periodic sips or to refill a reusable bottle—is the key, then we need to do so. Of course the first step, as many would agree, is making sure the water we provide in those fountains is free—free and clear of pollutants as well as free to consume.

What Does the Word “Local” Really Mean

Ask a group of people if the term local should be defined with geographical boundaries, and most agree it should—but, there are no laws and little regulation exists to uphold this ideal …

END_OF_DOCUMENT_TOKEN_TO_BE_REPLACED

Tips from A&E’s celebrity chef on how you can waste less in the kitchen and est better (and by better I mean deliciously).

END_OF_DOCUMENT_TOKEN_TO_BE_REPLACED

Food Labels 101: What You NEED to Know

A quick guide to understanding GMOs and what organic, natural and healthy really means (and doesn’t)

END_OF_DOCUMENT_TOKEN_TO_BE_REPLACED 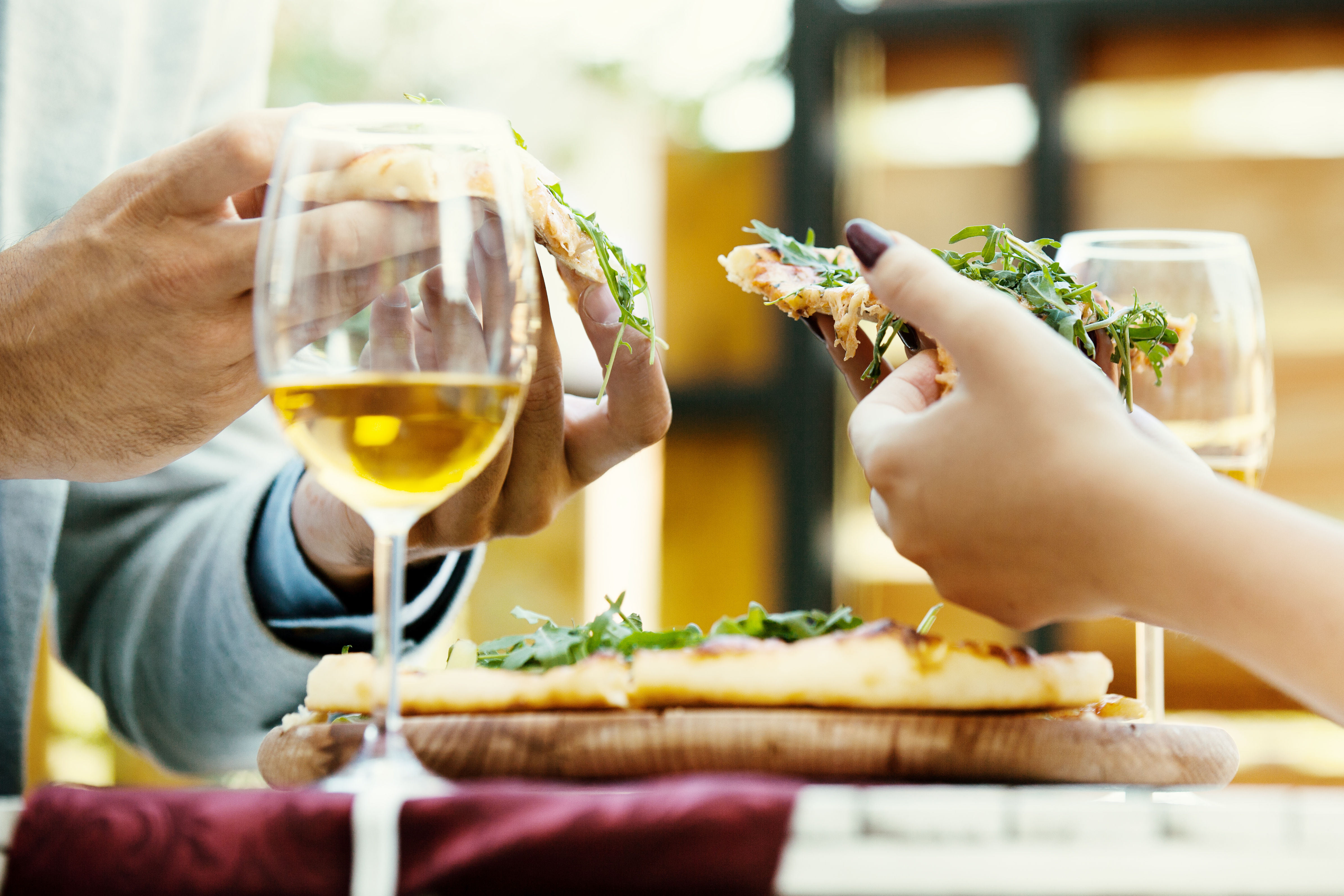